Sitting is the new smoking: How to be calm and prevent a stroke | City Big News

While the thought of a stroke can be scary, consistent healthful habits can go a long way in reducing the risk, says Dr Meenakshisundaram, Director and Senior Consultant of Neurology at SIMS Hospital, Chennai.

When 39-year-old Suresh suddenly began to feel dizzy and unbalanced, and found it difficult to speak at the office one morning, he couldn’t understand what was happening to him. Luckily for him, a colleague had recently seen an educational video on YouTube on strokes, and quickly called for an ambulance.

Though Suresh had been reasonably fit for most of his life, his exercise habits had fallen off as he got busier in his job. Sitting in front of the screen for hours at a stretch had not helped him either.

While Suresh was saved from brain damage by his co-worker’s quick thinking, many others suffer due to a lack of awareness. They miss taking precautions to prevent strokes and ignore important symptoms when a stroke occurs and fail to get treatment in time. “There is definitely an increase in awareness in the last 20 years. But there is still a lot of room for improvement,” says Dr U Meenakshisundaram, Director and Senior Consultant of Neurology at SIMS Hospital, Chennai.

Why you should educate yourself about strokes

Most people think of strokes as a rare occurrence that only affects the elderly population. But this is not true, says Dr Meenashisundaram. Studies show that, between 1990 and 2019, the proportion of non-communicable neurological disorders in the overall disease burden in India doubled from 4% to 8.2%. Of these, strokes contributed to nearly 40%.

What’s more, doctors are seeing the age of stroke patients fall. “Anecdotally, at least, I can definitely say that there has been an increase in the number of strokes in young people, that is people aged 40 or under.” This is particularly alarming because strokes at a younger age can lead to major disabilities in the prime years of a person’s life.

What is a stroke

Strokes are classified into two types called ischemic and hemorrhagic strokes based on whether the problem occurs due to a block in the blood supply or because there is bleeding into the brain when a blood vessel bursts, increasing pressure on nearby brain cells.

As the brain is the organ that controls most other organ systems in the body, any damage to brain cells leads to problems in other parts of the body, he adds. “The brain is like the main switch board of your house. If it doesn’t work, your lights, fans, TV, fridge, nothing will work.”

The effects of a stroke depend on where it occurs and how large an area of the brain is affected. “If the stroke occurs in one small area, it can produce problems such as blurry vision or speech and weakness or numbness in one part of the body. Or it can be a major stroke in which one side or major portions of both sides of the body become paralysed,” says Dr Meenakshisundaram.

Sitting is the new smoking

While some risk factors for stroke like age and gender cannot be changed, others are directly related to our lifestyle, says Dr Meenakshisundaram. Stroke risk is higher at older ages and higher for men than women till menopause.

However, other factors that significantly increase stroke risk include hypertension, diabetes, cardiac disease, dyslipidemia (an imbalance of lipids or fats in the body), obesity as well as habits such as smoking or drinking. Most of these risk factors, the doctor points out, are strongly related to the sedentary lifestyle that most of us now lead.

“Most of us end up sitting for four or five hours at a stretch and we forget to get up and walk around. That becomes a lot of sitting time,” says Dr Meenakshisundaram. Some experts estimate that people who are inactive and sit for long periods of time have 147% higher risk of suffering a heart attack or stroke and 112% higher risk of diabetes.

Indeed, physical inactivity contributes to over 30 lakh preventable deaths worldwide. “That’s why we say sitting is the new smoking,” says the doctor.

Adding stress to the mix

Not only have most of us become sedentary, but we also experience greater levels of stress in our jobs, says Dr Meenakshisundaram. Increased stress produces a number of effects on the body, including increasing blood pressure, blood sugar and cholesterol levels, and certain kinds of inflammation, as well as disrupting restorative habits such as sleeping and eating. Stress also makes individuals more likely to take up unhealthy habits like drinking and smoking to cope, thus coming full circle on all the risk factors for stroke, says Dr Meenakshisundaram.

One study in China, for instance, found that people with a psychologically demanding job and with less control over their job schedule had a 22% higher risk of stroke than those with the least demanding jobs.

While the thought of a stroke can be scary, consistent healthful habits can go a long way in reducing the risk, says Dr Meenakshisundaram. “Sleep is a very important component for many reasons. One of the most important is that sleep helps the brain reset and wash out certain toxins.” Studies show that people who sleep less than six hours a night and have disturbed sleep have a 15% greater chance of developing a stroke.

Eating well is also important since it contributes to preventing many of the risk factors. When it comes to eating well, Dr Meenakshisundaram says that the best solution is a balanced diet that provides a variety of nutrients. “There are many diets out there, but we don’t have enough scientific evidence to support them. The one diet we have scientific evidence for is the Mediterranean diet, which involves a rich combination of vegetables, nuts and proteins and avoids too many carbohydrates,” explains the doctor.

Finally, exercise not only helps reduce weight and lower blood pressure, but also contributes independently to stroke reduction. When it comes to exercise, every bit helps, says Dr Meenakshisundaram. “Even if you can’t do 30-60 minutes at a stretch, doing 10 minutes at a time three or more times a day can add up. Studies show that even short bouts of exercise are helpful.”

Beyond these, keeping regular track of blood sugar, blood pressure and cholesterol and cutting down or cutting out habits of smoking or drinking over the age of 30 is important.

What to do if someone is stroking

One of the major problems of stroke awareness is that most people fail to recognise the symptoms of a stroke when it happens, says Dr Meenakshisundaram. This is a problem because every minute counts in stroke treatment and recovery. “Every minute after a stroke you lose 19 lakh brain cells, so every minute you save matters,” he explains.

One of the easiest ways to remember and recognise the symptoms of a stroke is the acronym BE FAST, says Dr Meenakshisundaram.

B stands for balance issues, where somebody is walking unsteadily or feels dizzy without any reason to explain it.

F stands for facial lag, where the facial movements are not symmetrical on both sides.

A stands for arms, where a person has difficulty holding up their arms.

S stands for speech, where their speech is slurred or sounding strange.

T stands for time, where getting treatment as soon as possible is vital.

“If you see a person developing any of the above symptoms, the first step is to call an ambulance. Then stabilise the patient,” says Dr Meenakshisundaram. The next step is to ensure the patient is taken to a stroke-ready hospital where the necessary scanning equipment to diagnose the type of stroke and facilities for rapidly remedying the problem are available.

“There are clot-busting drugs which can remove a block within the first 4.5 hours. Beyond that, with major arteries, surgery can be done to remove a clot within the first 16-24 hours,” says Dr Meenakshisundaram. Even within these time windows, the faster the treatment is provided, the greater the chances of recovery, adds the doctor.

Strokes can be a frightening eventuality at any point in life. But with awareness of prevention and the importance of immediate treatment, much of the risk and potential damage can be reduced, says Dr Meenakshisundaram. “Build a healthy lifestyle and keep a regular check on things like blood sugar, blood pressure and cholesterol. And, if a stroke occurs, make sure treatment is given as quickly as possible.”

This article was created in association with SIMS Hospital, Chennai. 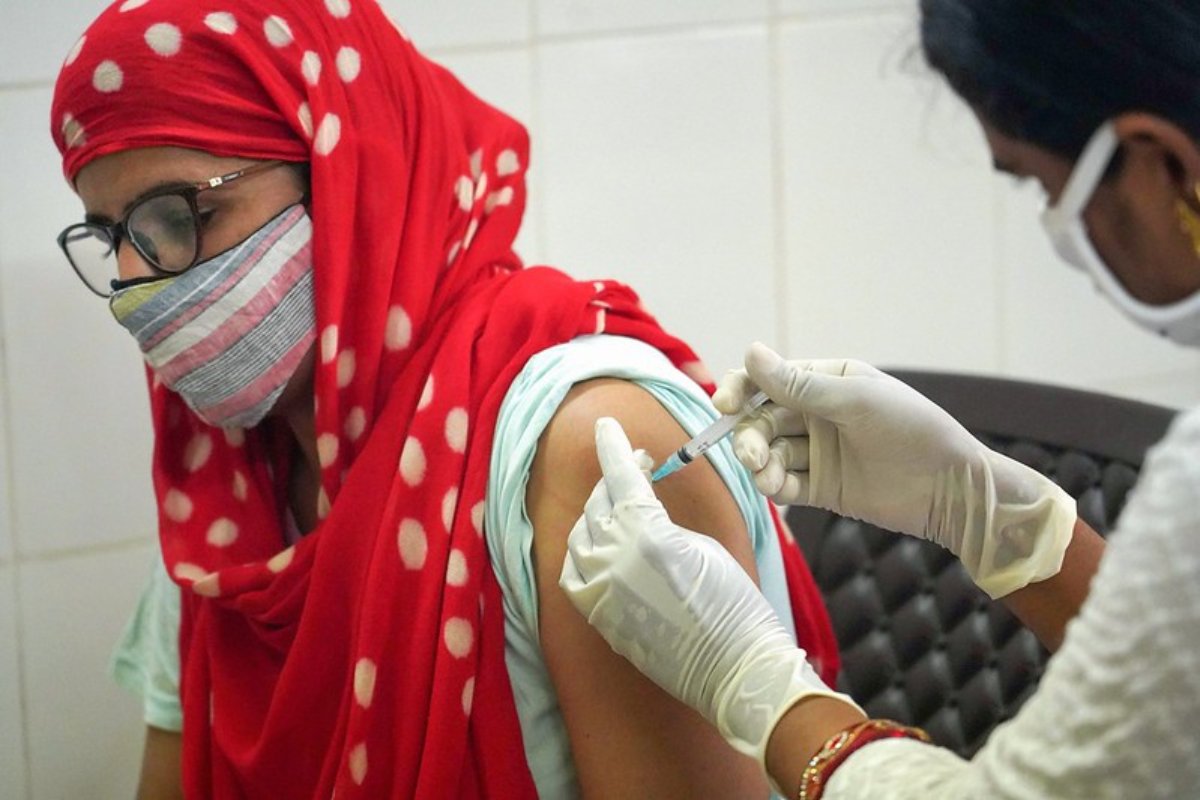 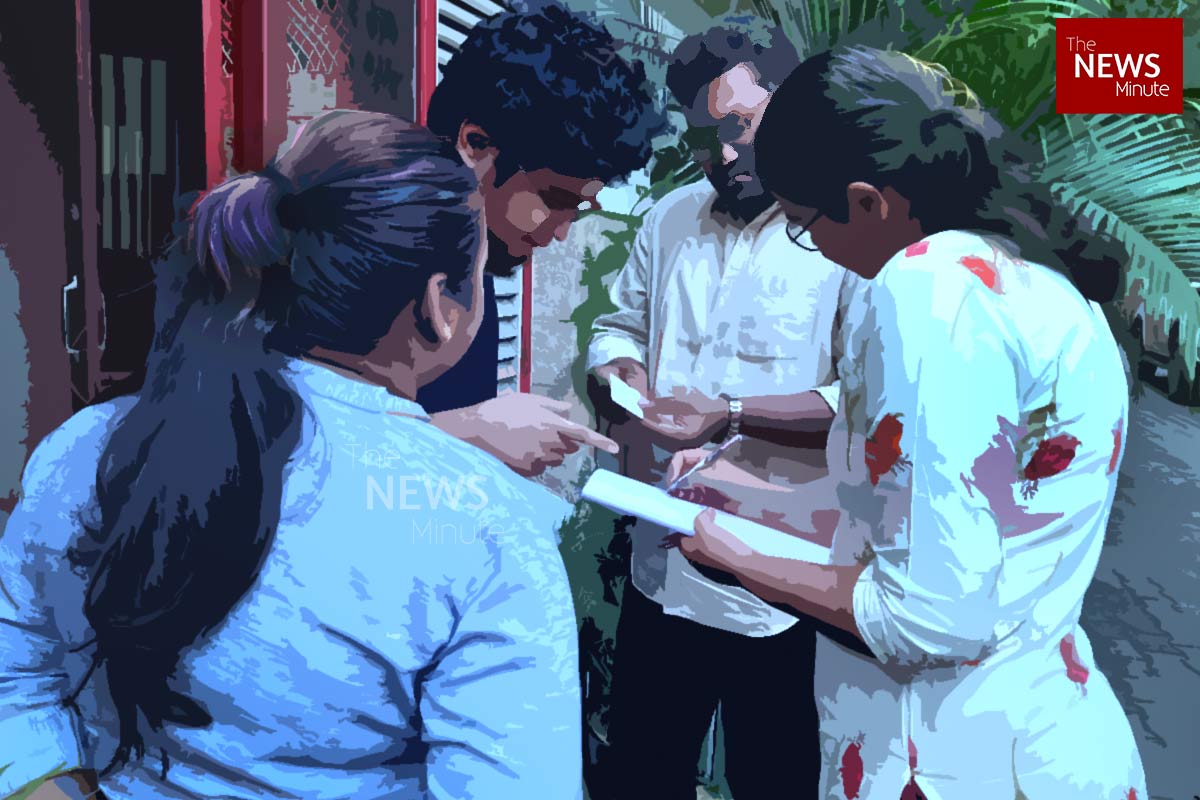 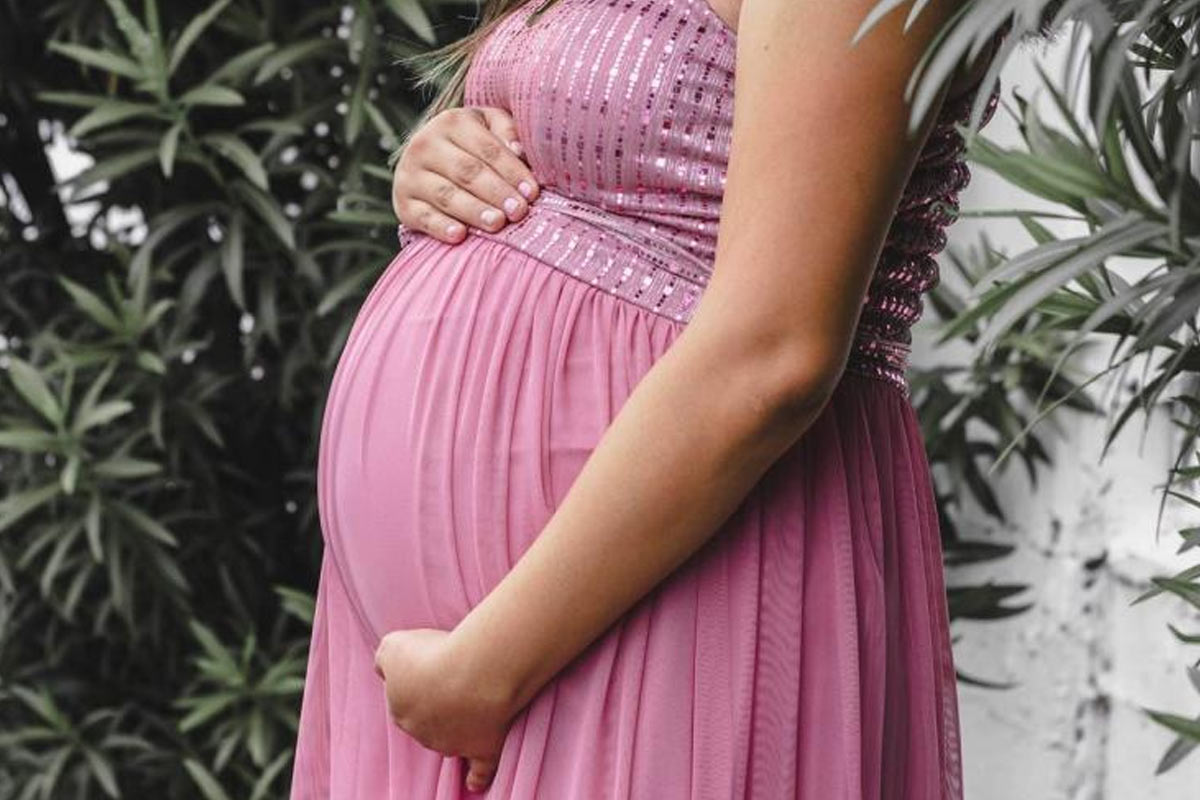 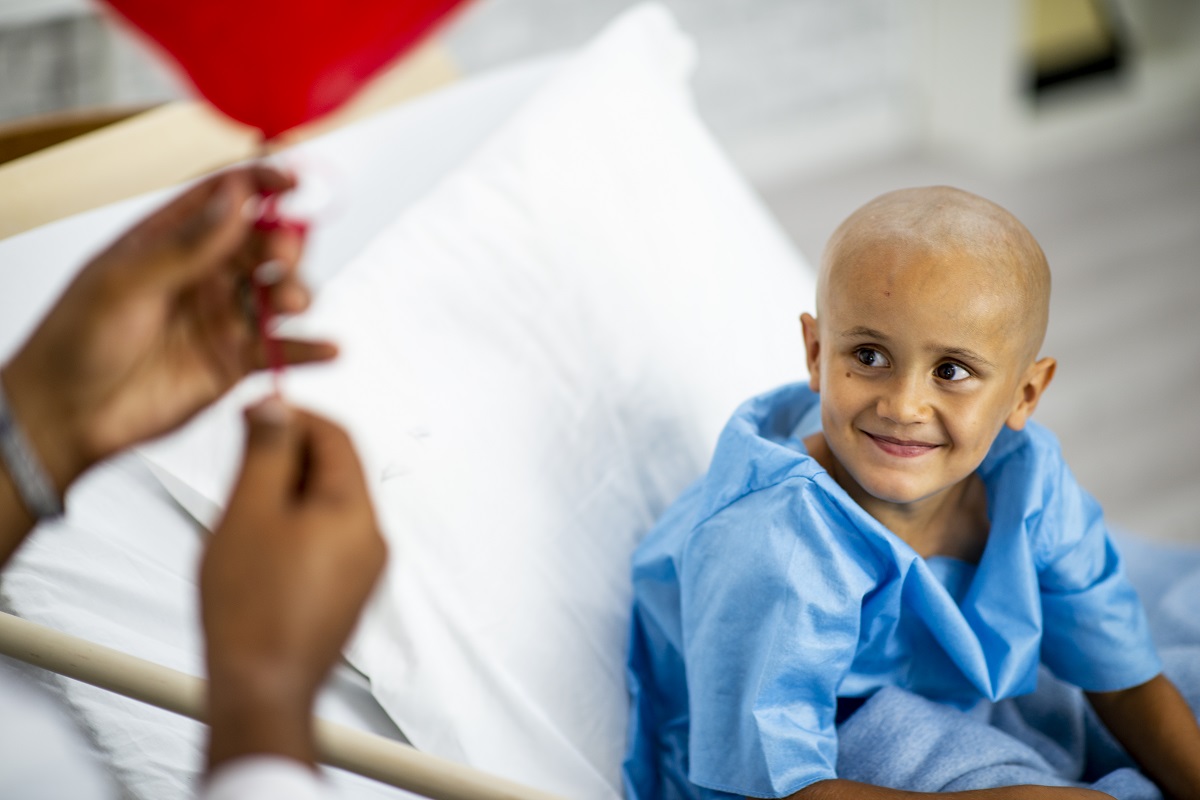 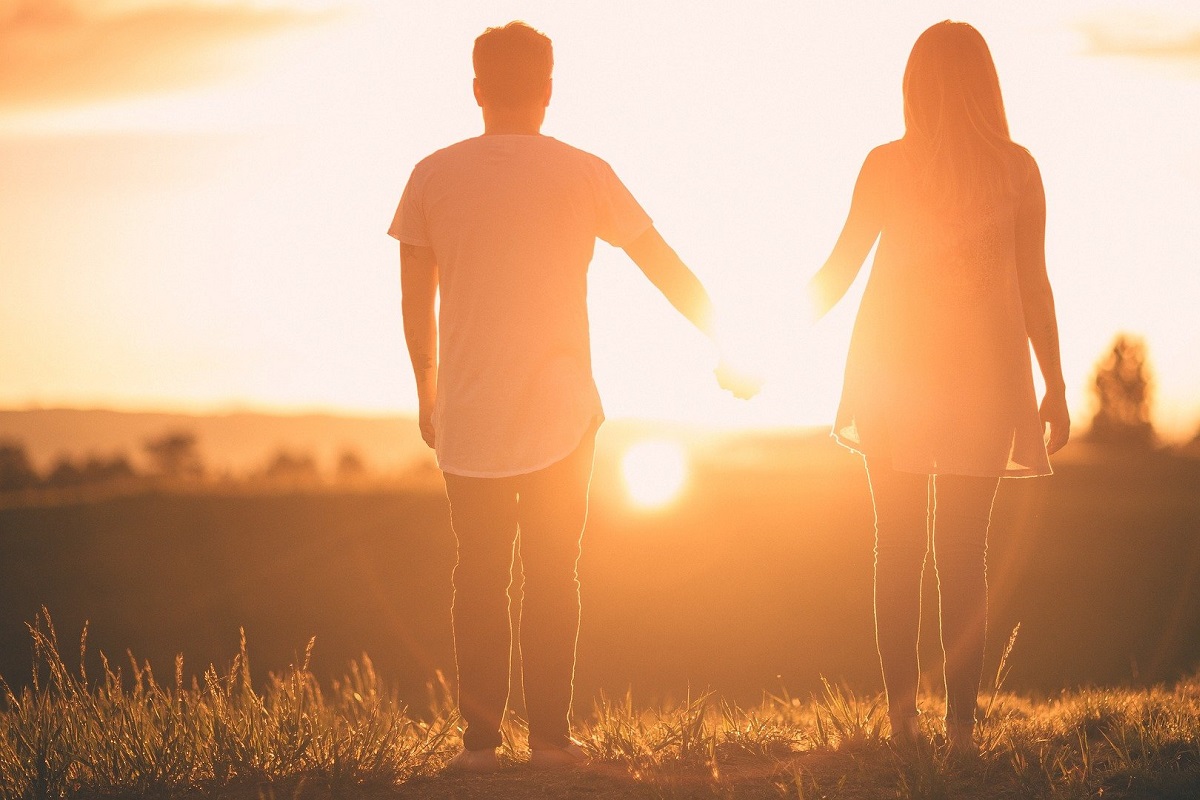 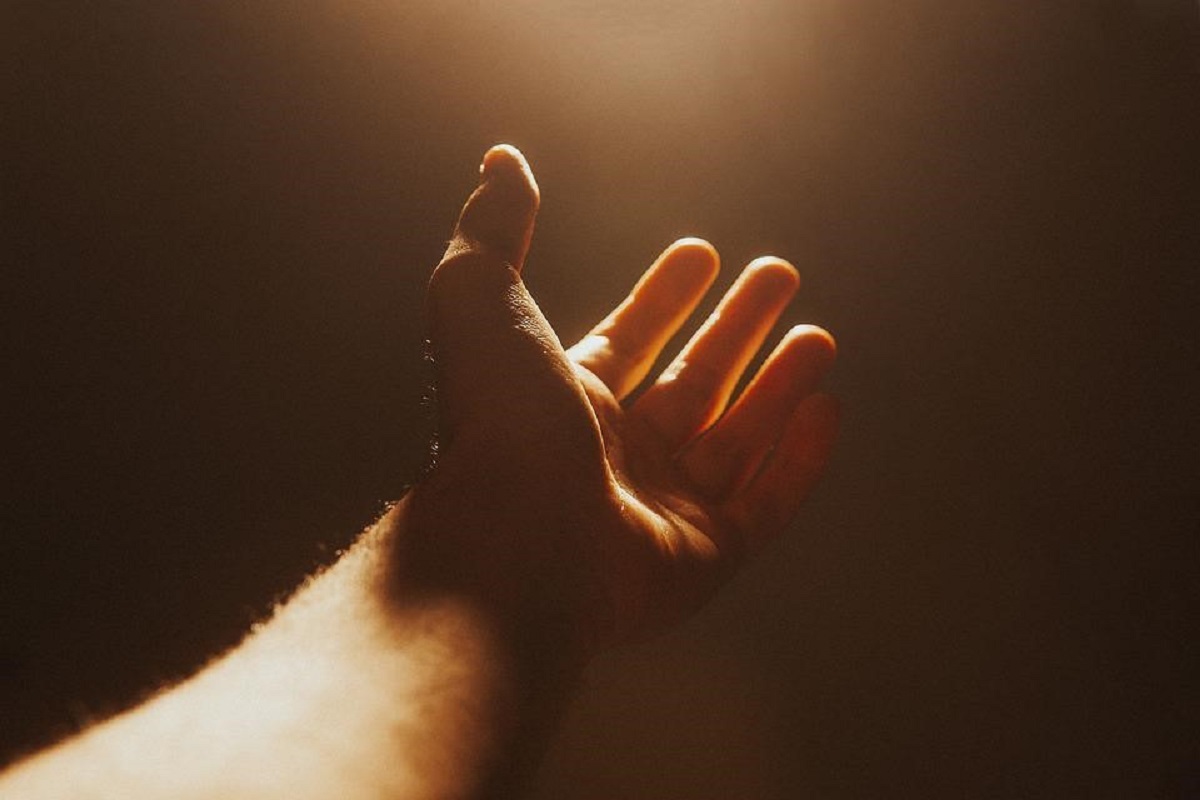 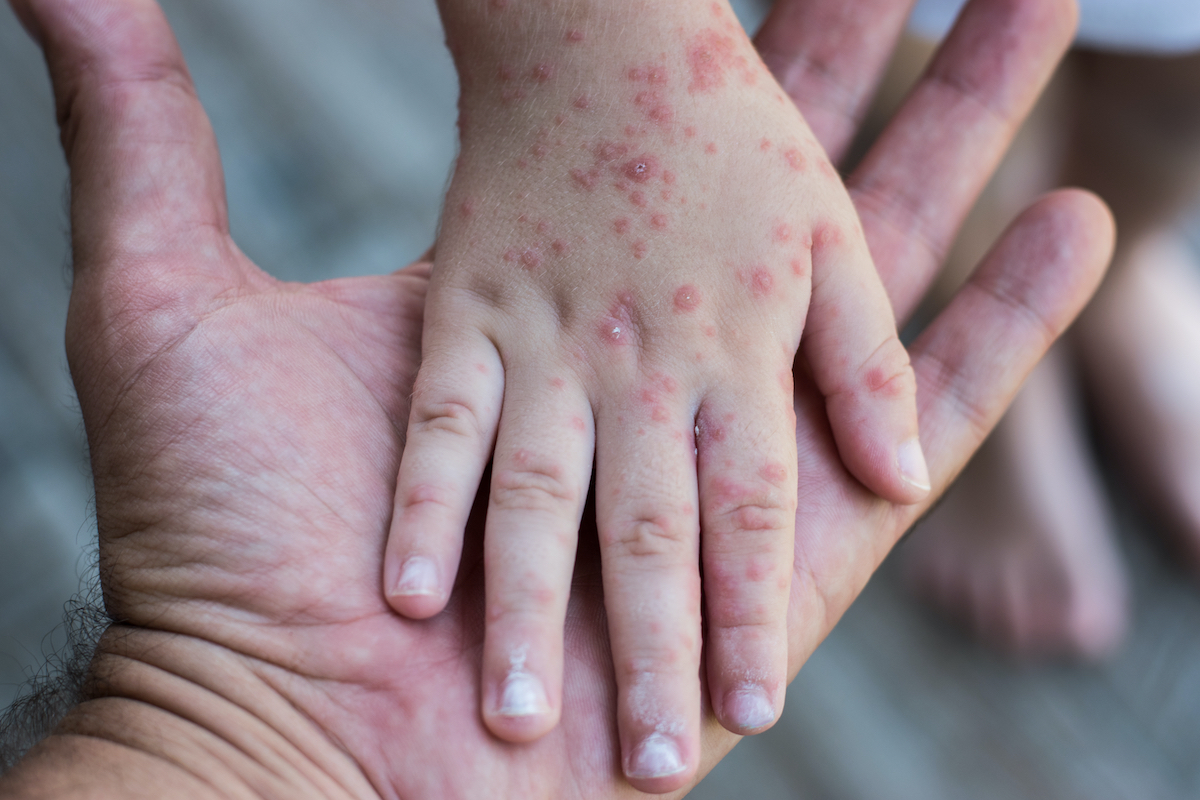 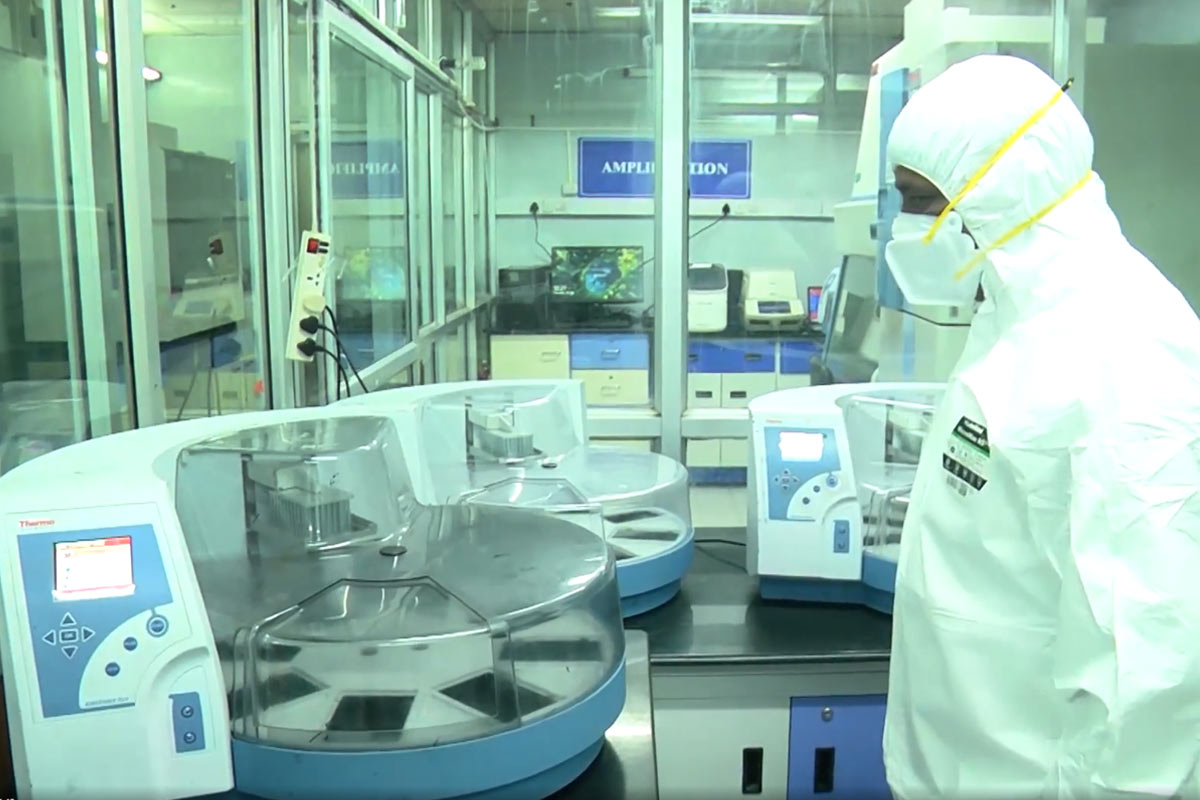 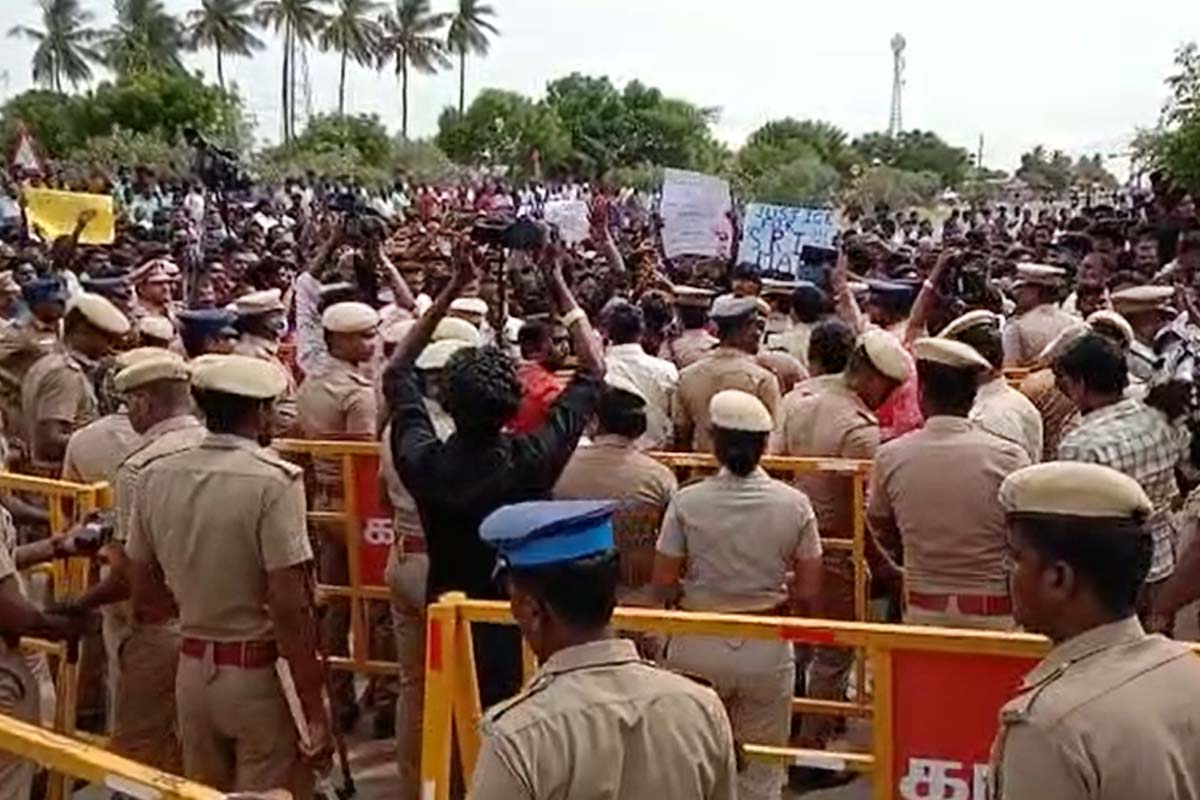 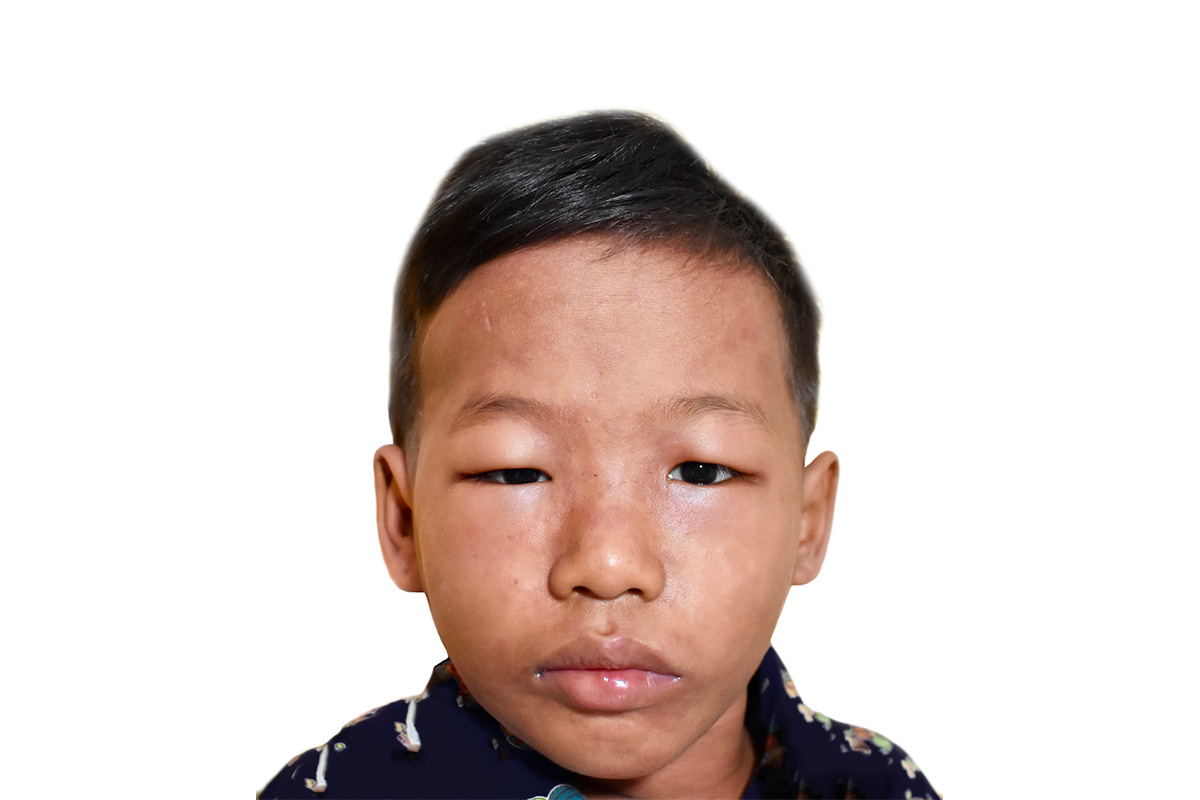 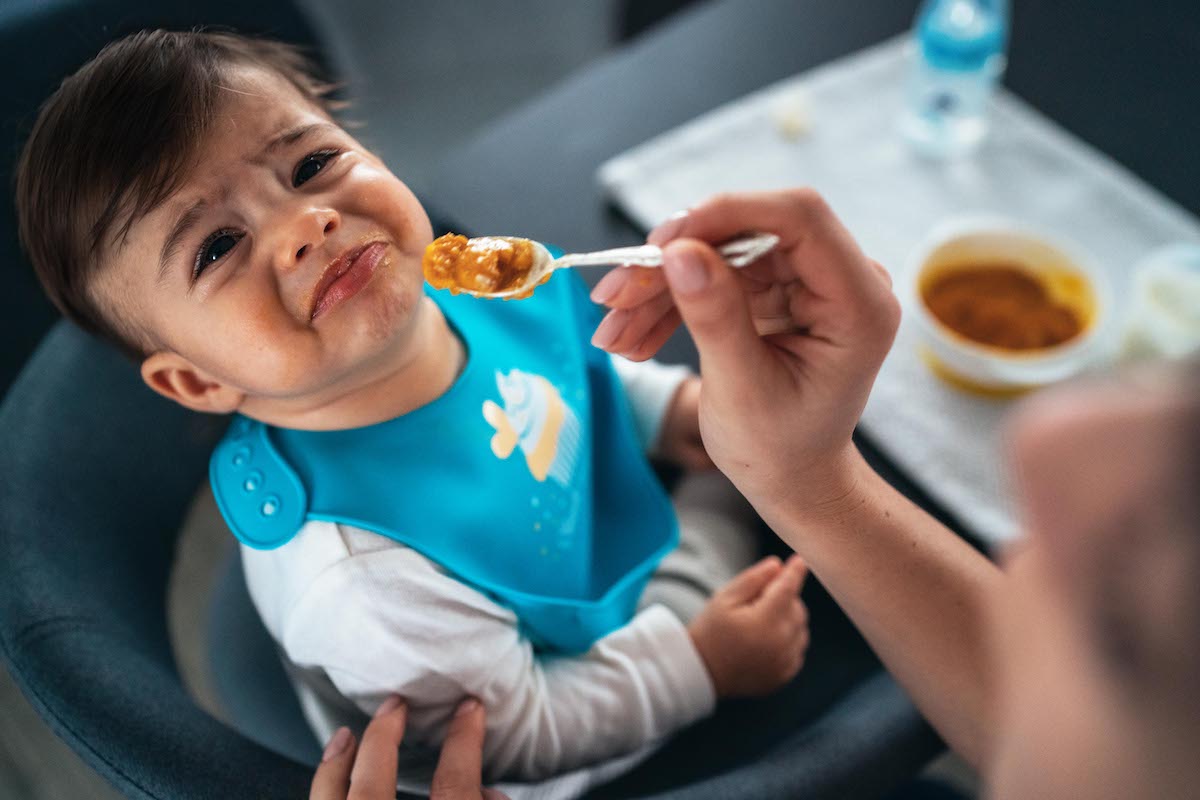 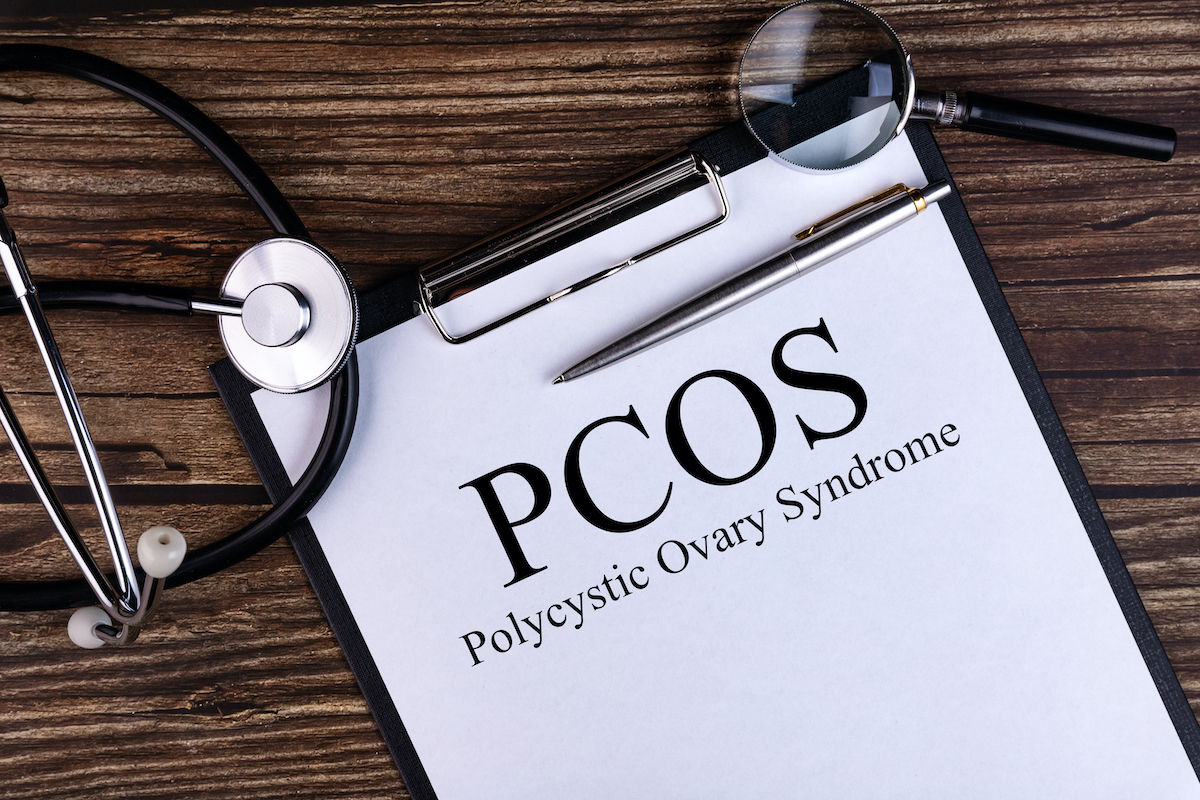 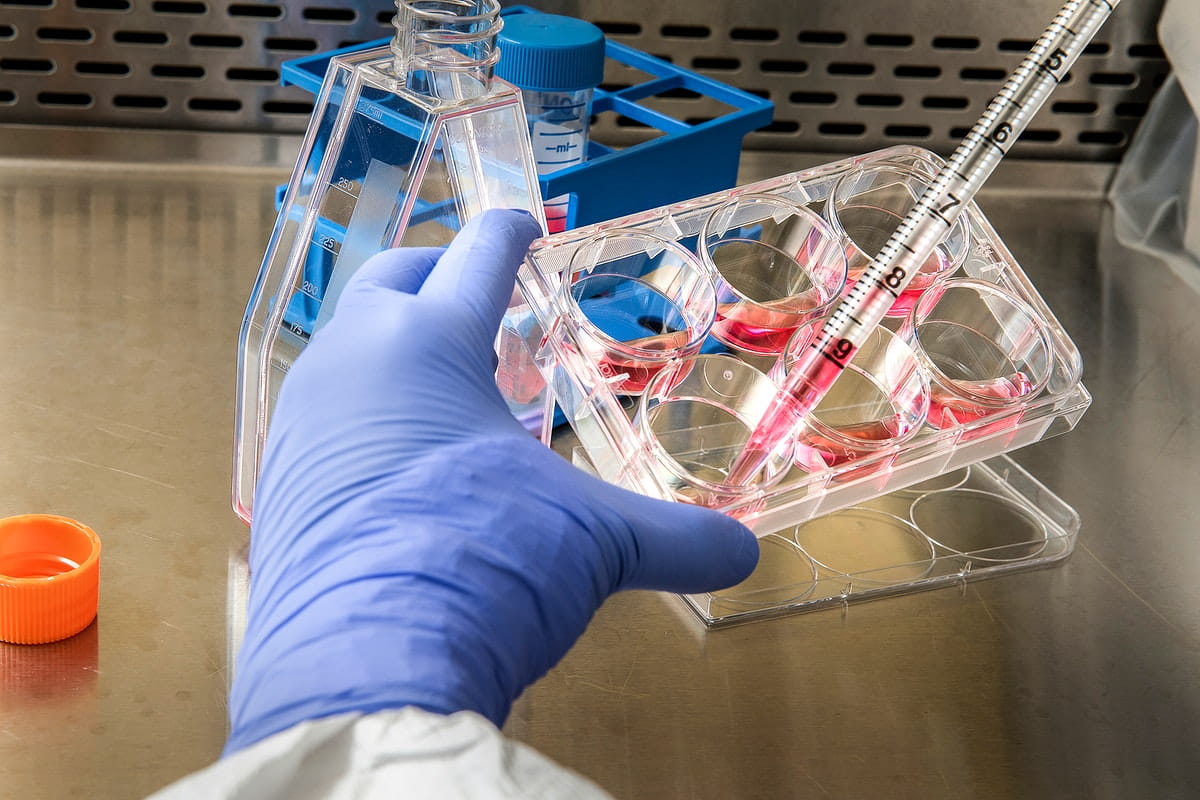 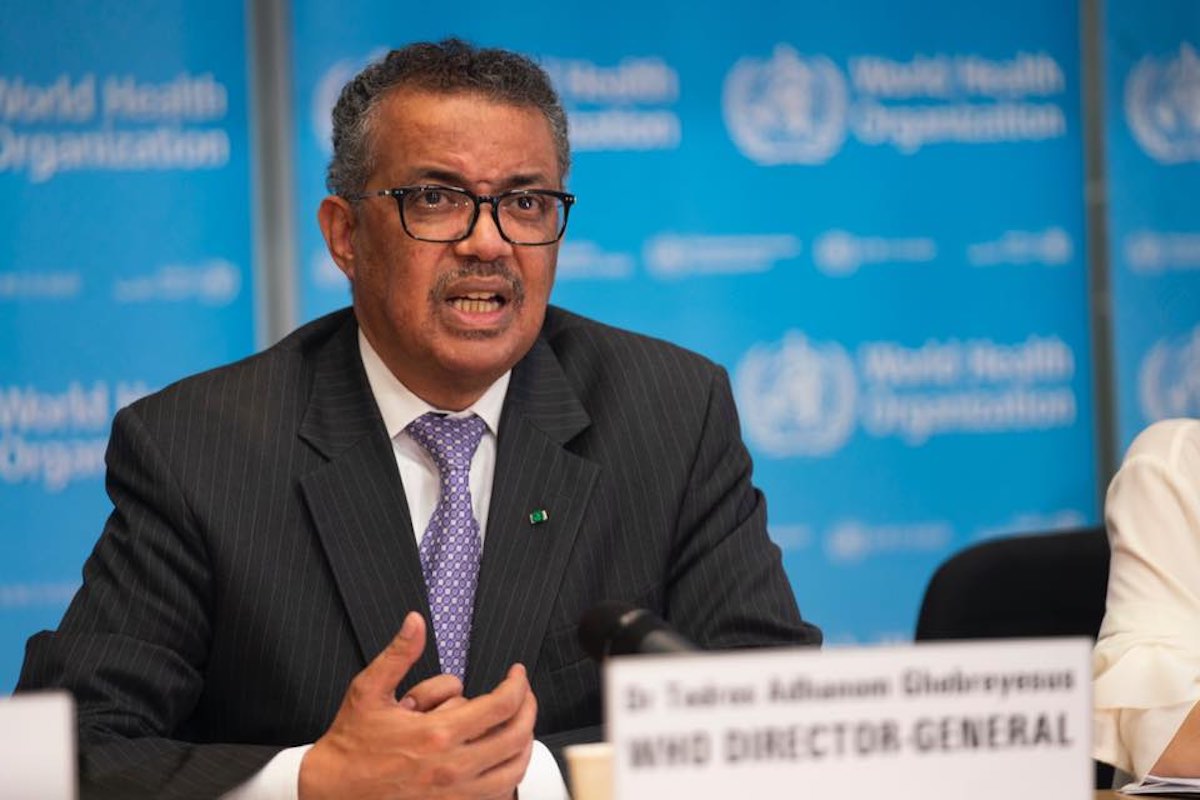 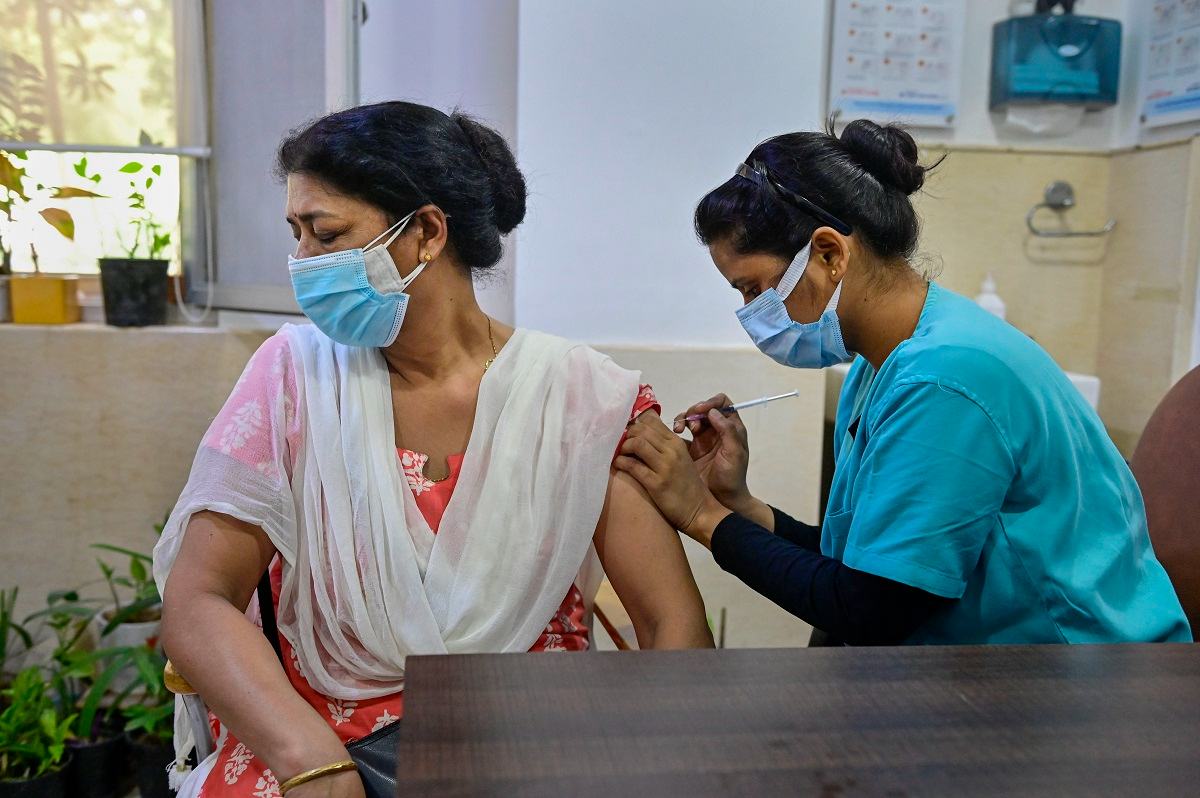 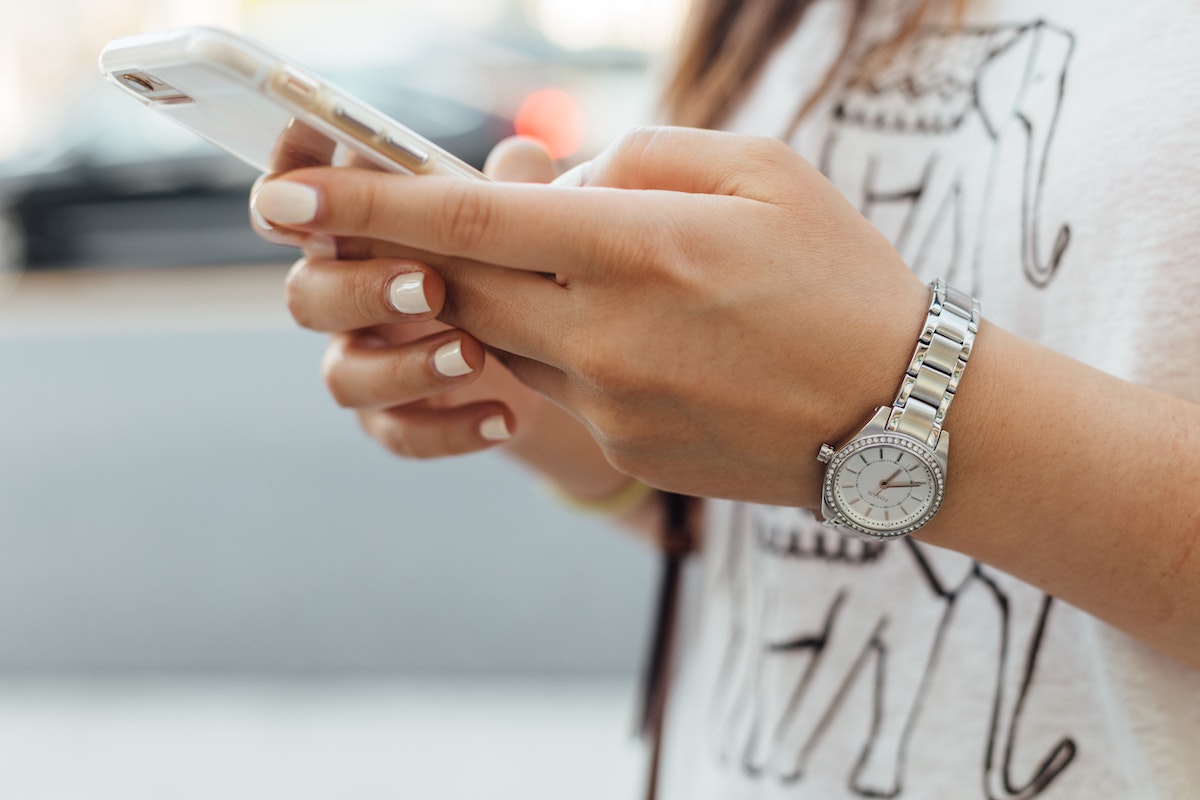